Voice Interface for Autonomous Driving based on User experienCe Techniques

The VIADUCT project aims to develop a new multimodal, adaptive and speech-centric human-machine interface for driving semi-autonomous cars, with a focus on the specificities for elderly drivers.

The major challenges facing the automotive industry over the next 15 years are the development of highly autonomous cars and advanced electrification of the engine systems. These developments aim to meet the following objectives:

The VIADUCT project (Voice Interface for Autonomous Driving based on User ExperienCe Techniques) brings together the scientific and technological expertise of AW Europe, Acapela, Multitel, CETIC, UCL and the University of Namur to develop a new multimodal, adaptive and speech - centric human-machine interface for driving semi-autonomous cars, with a focus on the specificities of elderly drivers. The project includes user experience (UX), artificial intelligence (AI) and next-generation voice technologies for interaction between the car and its occupants.

In VIADUCT project, CETIC will manage the tasks dedicated to the specification of the project’s usecases and the definition of the globalsolution architecture as well as the optimization of the consumption of the embedded systems involved. CETIC will aloso bring its expertise in methodologies and tools for collaborative development and systems integration. The approach adopted by the VIADUCT project is to go beyond conventional software approaches. It aims at integrating new software modeling methodologies that make it possible to both abstract from the specificities of hardware suppliers of components and well exploit the state-of-the-art tools and frameworks for artificial intelligence. This will mainly enable determining the optimal use of material resources to perform a given calculation. CETIC focuses on methodologies and tools that simplify and exploit complex heterogeneous architectures in an optimal and reliable way in the context of the project.

The project will allow CETIC to go deeper in matering the complexity of implementing and deploying applications on heterogeneous hardware architectures whithin an embedded context as well as to develop adapted methodologies to efficiently distribute treatments on them.

On the other hand, considering globally that the consumption of recent hardware for semi-autonomous cars is roughly proportional to their power, we expect an improvement of the power consumption of the on-board VIADUCT hardware by a factor of the order of 30% . This will be achieved mainly by coordinating and optimizing the distribution of the computations on the best-suited execution elements of the architecture. 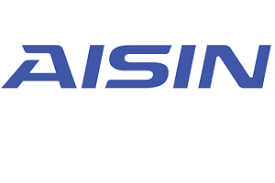