The objective of the RETICOM project (REal TIme COMmunications) is to study and develop a set of tools to ease the implementation of flexible and powerful communicating embedded systems.

During the 2001 to 2008 period, the RETICOM project has allowed CETIC to develop expertise in the design of flexible and efficient embedded systems that are able to process data and to communicate with the external world (smart phones, PDAs, laptops, server stations, etc.) The RETICOM project ende in June 2008, and has allowed CETIC to build an international reputation as well as strong expertise in embedded systems prototyping and in design methodologies for embedded software.

Research was oriented towards the following topics:

Research led to the development of two communicating platforms: SAND (Smart Adaptable Networking Device) and WAND (Wireless Adaptable Networking Device). The first platform is a smart system, including an entirely configurable FPGA, regarding its hardware (soft-core processor Nios II), software or embedded operating system (μClinux). The second is a cheap platform characterised by low power consumption (working autonomously with batteries). SAND emerged in the transport sector, with acquisition, processing, and sending of data from vehicles. This system suggested a large number of possible applications, such as fleet management, vehicle-to-vehicle (V2V) and vehicle-to-infrastructure (V2I) communications. Moreover, SAND won the first prize in the “Wireless design 2007” contest organised by the LANTRONIX Company in April 2007 in San Jose, California.

WAND has been successfully applied to the domain of telemedicine, and also to other domains such as industrial control and home automation (domotics), thanks to its capability to communicate wirelessly with devices including medical devices, industrial sensors, graphics tablets, etc. Through its activity in the e-Health sector, CETIC has become a member of the Walloon health competitiveness cluster, BioWin. Thanks to its expertise in communication technologies applied to the telemedicine domain, CETIC has developed a medical gateway in collaboration with two companies, Niko and Vitalsys, in order to collect data from medical devices that communicate using the Bluetooth protocol, and send them to a centralised server through a secured Internet connexion. WAND has also been successfully applied to other domains, and has been interfaced with industrial force sensors to monitor data logging through a wireless Bluetooth connection.

Finally, CETIC has developed a didactic demonstrator for technologies embedded in vehicles, like GPS, WiFi, and OBD. This demonstrator has made it possible to establish a travel expense sheet automatically, according to the effective distances covered by the vehicle. This demonstrator is also able to distinguish professional and personal trips. Prototype development for this demonstrator was very fast (less than one month), thanks to the previous existence of the low-level functions library developed by CETIC and dedicated to rapid prototyping of applications for the SAND embedded system.

The expertise acquired by CETIC has allowed identification of future research domains, such as fast prototyping, specification and quality evaluation methodologies for embedded systems and software.

CETIC at the Libre Software Meeting

µClinux in a Soft Processor

The Electronic System team developed a complete embedded platform based on an FPGA with a soft processor running Linux. The project codename is... 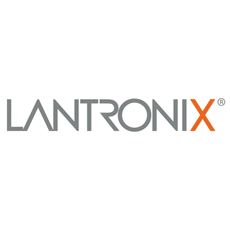