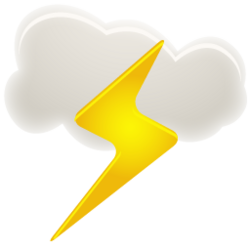 ORAGE is a research project financed by the Walloon Region in the scope of the Objective 1 Phasing out. Through this project, launched in 2001, CETIC has developed its expertise in the field of distributed systems. ORAGE was initiated from Mozart, a distributed systems development platform developed in part by the UCL Département d’Ingénierie Informatique. CETIC has studied generic components around Mozart in order to ensure proper fault tolerance in distributed modes, shared memory management, distributed computing based on a peer-to-peer communication model and a distributed storage system. CETIC has studied Grid technologies for several years through European research projects. Since 2007, the research team has also taken into account higher-level services aspects such as Web Services and Service Oriented Architectures (SOA).

In the scope of the ORAGE project, CETIC has contributed to Grid technology research in an effort to standardise the execution platforms for distributed systems.

The spread of SOA architectures has brought the concept of Web Services to Grid interface tools, allowing them to be more independent from the Grid services implementation languages and offering network functionalities. This evolution, combining resource management (Grid) with services (SOA), is known as Services Oriented Knowledge Utilities (SOKU). The knowledge acquisition process in Web Services development tools and interoperability tests between Web Services and Grid were performed on CETIC’s cluster between 2007 and 2008.

Important maintenance tasks were performed on the CETIC cluster. In particular, the administration nodes’ operating system and monitoring were updated, offering a much improved stability, especially for the storage bay. Fault detection was also enhanced in order to install a preventive maintenance system. Finally, an automated backup for the administration nodes was also implemented.

BELNET (http://www.belnet.be) is proud to announce a new project, the BELNET Grid Initiative, that will make full usage of the powerful...