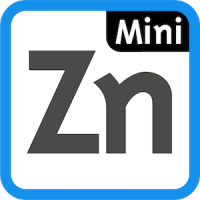 A successful collaboration between CETIC and Uppsala university

The OscaR.cbls optimisation engine developed by CETIC and adapted by Uppsala has been ranked first in its category "local search engines" during an international competition between solvers.

Such competition aim at fostering the development of optimization engines because it offers an opportunity to objectively compare then against a set of standard challenges. Optimization engines are then used in practice to solve real-world problems such as routing and scheduling problems.

Since 2012, CETIC has been developing an optimisation engine, based on local search. This engine is part of the OscaR open source framework and is called OscaR.cbls.

Uppsala university in Sweden has developed a tool called OscaR/cbls/MiniZinc that can solve any optimization problem that is specified in a standard language called MiniZinc. This tool transforms MiniZinc problems into the format supported by OscaR.cbls and uses it as a back-end solver.

This tool took part to the annual competition of optimization engines for MiniZinc called the MiniZinc Challenge 2016. OscaR/cbls/MiniZinc was ranked first among competing local search engines. The ranking is based on the quality of the result computed by the engine as well as the speed of the tool to produce it. 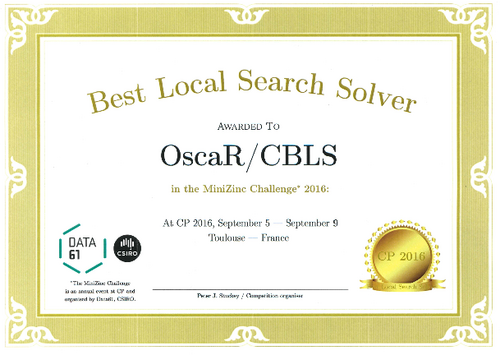