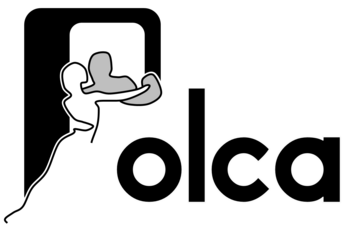 Smartphones, MP3 players, cameras etc. all become smaller, but the technical expectations towards them only increase. At the other end of the spectrum, modern supercomputers have nearly reached exascale (one quintillion (10^18) processing units in a single system), but the performance hardly increases anymore.

Manufacturers hope to meet the growing requirements by an increasing amount of processing units and specialised processors. “The potential of common processor architectures is mostly exhausted”, warns Professor Stefan Wesner, coordinator of a newly funded project to address this problem.

In order to improve performance in both domains, they each have to learn what the respective other domain already knows: namely specialisation on the one hand and parallelism on the other. But specialisation can not only improve performance: due to the dedication of the processor to the respective task, it can reduce its energy consumption considerably, reducing the CO2 footprint and extending the battery lifetime.

The international research project on “Programming Large Scale Heterogeneous Infrastructure” (acronym “POLCA”) funded by the European Commission under Framework Programme 7 with a budget of 4.2 million Euros brings experts from embedded systems and from high performance computing together to exchange their knowledge and methodologies to develop a common methodology that is able to meet the demands of modern applications under these circumstances.

POLCA will realise a programming model and development tool-chain that will enable the programmer to develop applications that can exploit both parallelism and specialisation. Applications developed with POLCA will thus be able to incorporate multiple specialised devices into one powerful system, as is currently only known in high performance computing.

Lotfi Guedria, Department Deputy Manager at CETIC, explains that “modern devices, such as FPGAs, integrate a variety of advanced programmable resources. This offers more flexibility to the programmer for a wider scope of application areas and allows for significant performance increase, as CETIC has shown in several cases. However, this requires additional hardware expertise from the developer.”

The project consortium is constituted by the German Universities of Ulm and Stuttgart, as well as the Dutch University of Twente and the Spanish “Universidad Politécnica de Madrid”, along with the Belgium “Centre of Excellence in Information and Communication Technologies” (CETIC), the Spanish “IMDEA Software Institute”, the British computing platform manufacturer “MAXELER Technologies”, as well as the fabless semiconductor company “RECORE Systems” from the Netherlands.

For more information please check out the POLCA project description on our CETIC website or the POLCA website, www.polca-project.eu (online as from end of November). You can also contact Lotfi Guedria at CETIC.