CETIC gives to the Industry the keys for the Grid

Thanks to CETIC, the best European researchers in Grid Technologies met with the leading technology international industries to establish strategic research directions for development and deployment of Grid technologies.

On June 15, the CETIC chaired the meeting of CoreGRID Executive Committee and its Industrial Advisory Board (IAB) that took place at Universitat Polytecnica de Catalunya (UPC) in Barcelona, Spain. The leading researchers of Grid in Europe met with the leading technology international industries to establish strategic research directions for development and deployment of Grid technologies. The objectives of the meeting were to identify more efficient ways of using the available IT resources and to simplify the access to resources when Grid is the solution.

“We know that Grid technologies represent a unique and major opportunity for the EU ICT industry,” says Pierre Guisset, director of CETIC and in charge of the liaison between CoreGRID and the industry. “But we still need further world-class R&D in order to bring European Industry into pole position for the exploitation of next generation Grid. That’s our challenge within CoreGRID.” 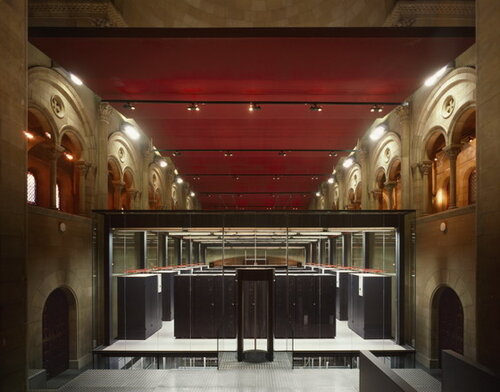